A major part of the Connecting the Culm project is our focus on co-designing and co-creating nature-based solutions (NBS) and the Blueprint with stakeholders and communities across the Culm catchment. Due to the COVID pandemic the co-design and co-creation of the NBS was delayed – but we’ve been making up for lost time over the last 18 months!

We’ve been co-designing and co-creating NBS in lots of different ways with lots of different groups of people. Most prominently, we’ve been co-delivering NBS with farmers and landowners at various sites. Our recent Working with Nature Along the Culm online NBS-focused workshop summarised some of the NBS installations that have gone in the ground – you can watch the recording here and access the presentations in the website library here. There will also be an updated NBS-focused article on the website coming at the end of 2022 as so much has happened recently.

As well as farmers and landowners, we’ve also been working with communities to co-design NBS through activities delivered in schools and at shows, festivals and workshops. 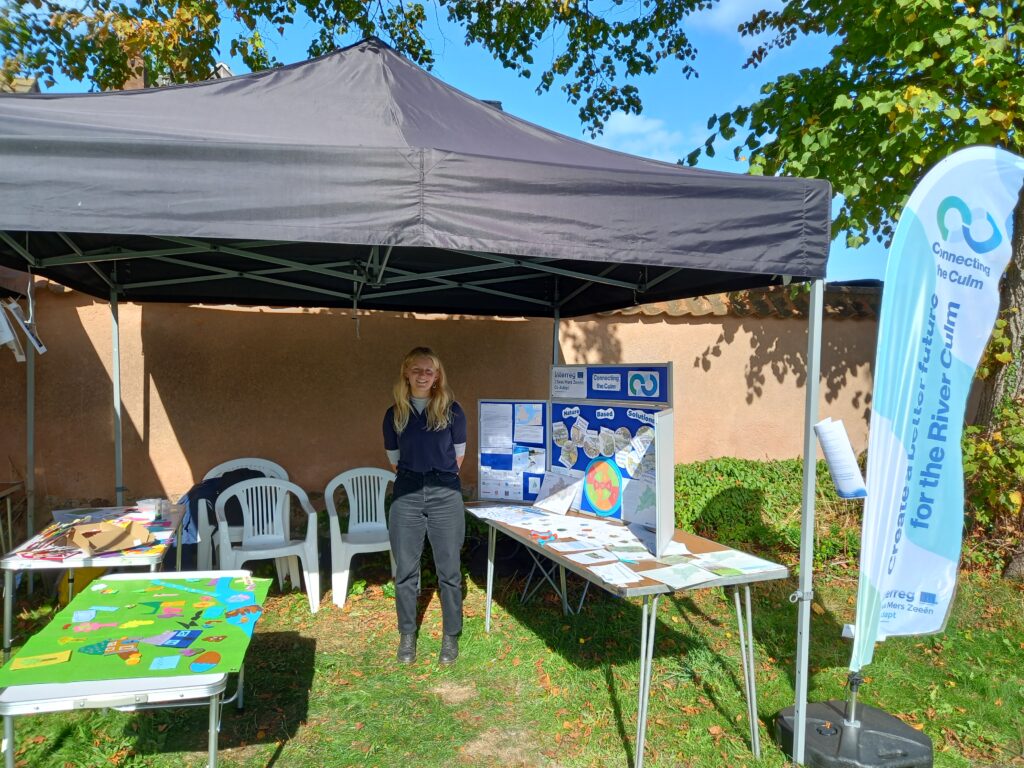 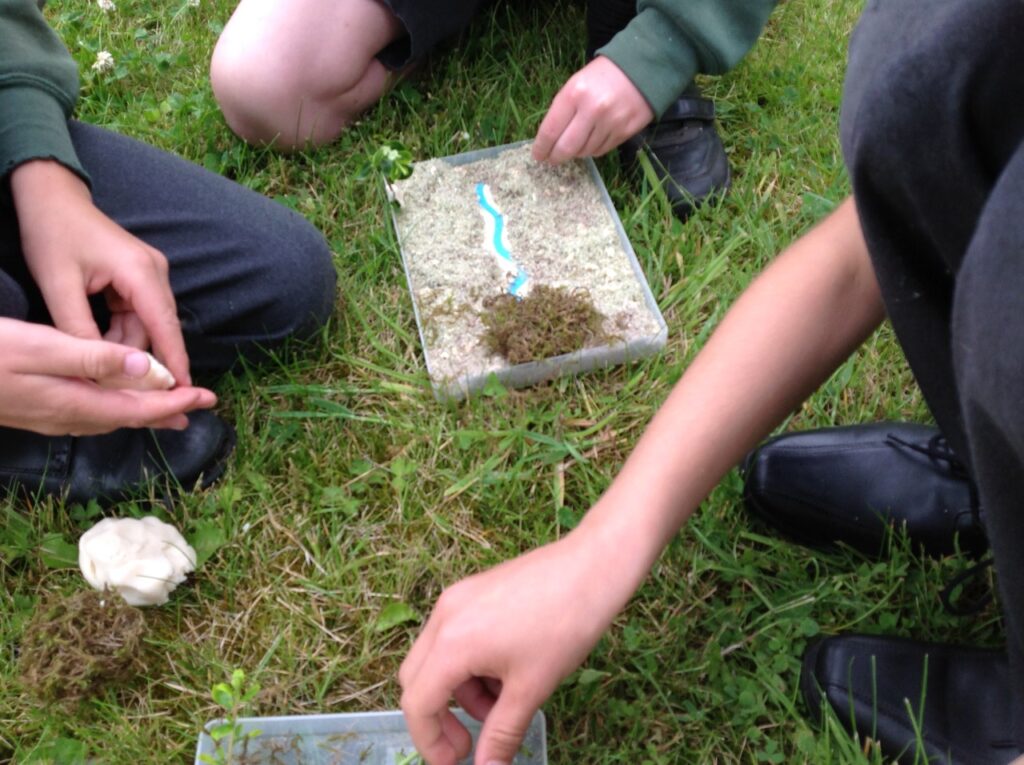 At Cullompton Autumn Festival on 08-10-2022, children delighted in co-designing an NBS canvas using fuzzy felt – with trees, ponds and wildlife proving the most popular but contributions stretching the imagination as far as a wastewater treatment works and a tree that had fallen into the river due to a thunderstorm! Some children at the CtC stand even featured in DevonLive! At the Working With Nature Along the Culm online workshop, people made personal offerings on their priorities for NBS, which ranged from functions such as habitats for wildlife, holding water for flood and drought resilience and being a carbon sink, to providing food for the senses based on sound and touch, as well as providing shade.

Back in the summer, school children at Hemyock School were fabulous at creating mini-models of NBS near mini-rivers they’d made – sharing their thoughts and suggestions on the whys, wheres and hows of NBS for the Culm. Also during the spring and summer, at our River Community Cafes and other events such as Mid Devon Show, people were able to co-design maps and posters showing which types of NBS they thought would be helpful where in their local area.

The co-design and co-creation activities produce wonderful mini-models, images and examples of how people would like to see NBS take shape in their communities. These materials can then be used in the next phase of the CtC project, which is being taken forward by Lucy Jefferson. Whilst this phase of NBS co-creation and co-delivery is wrapping up, there will be plenty of future opportunities for NBS in the Culm catchment to contribute to addressing some of the challenges faced over the coming years. 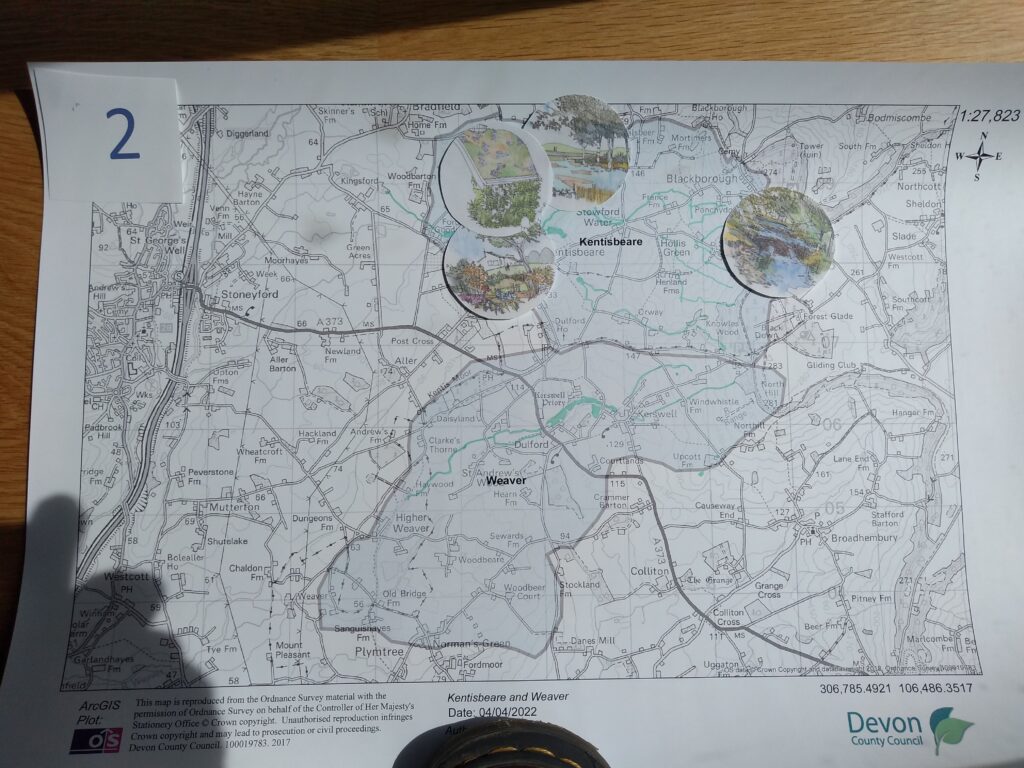 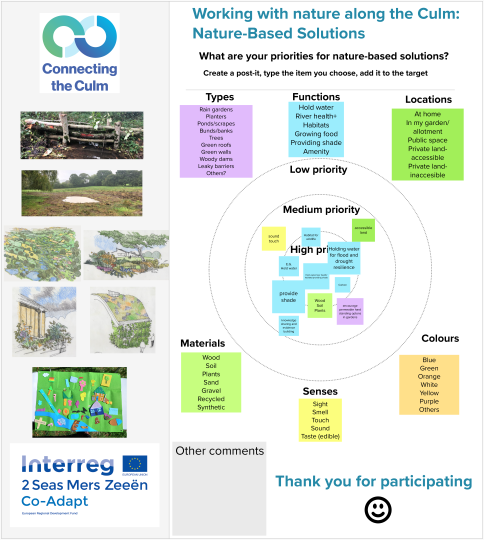 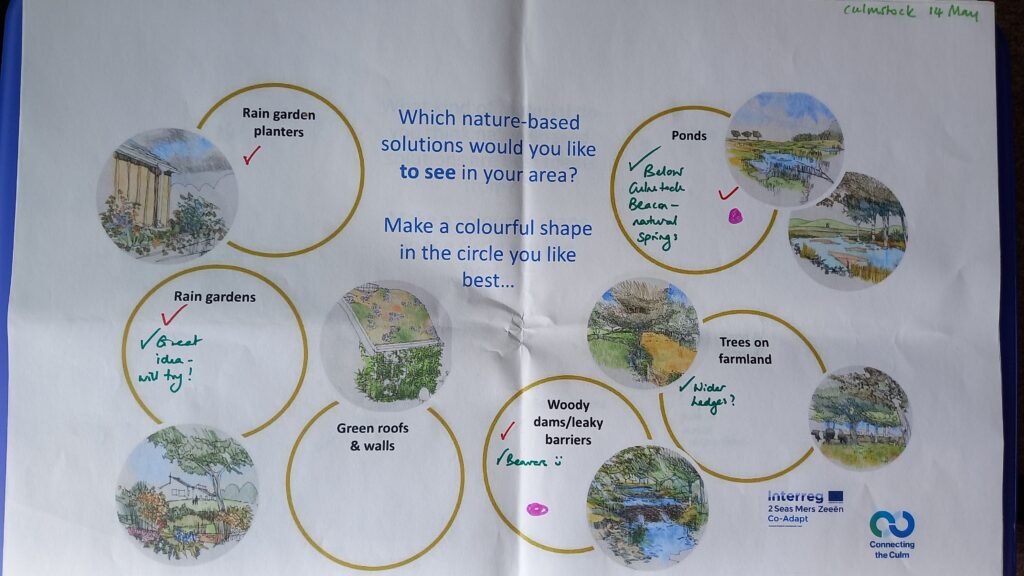