How did Connecting the Culm come about?

Connecting the Culm has been developing for several years now. It has its roots in the East Devon Catchment Partnership (EDCP) which brings together environmental agencies and non-government bodies who have an interest in land management and how that affects the rivers of East Devon. The Partnership is one of over a hundred such Catchment-Based Organisations spread across the UK, which you can find out more about here. The EDCP has been concerned for some years about the condition of the River Culm, which suffers from low water quality and occasional extreme flooding, with around 650 properties considered at risk of flooding along its length.

The River Culm rises in the Blackdown Hills Area of Outstanding Natural Beauty and the team managing the AONB Partnership has previously developed several projects that have helped improved the river at and around its source, as well as involving local people in caring for the river. These include the Natural Futures project (2015-18) and the River Culm Community Crayfish project (2018-19).

The Blackdown Hills AONB is home to one of the only two surviving populations of white-clawed crayfish in Devon – the population found in the River Culm. White-clawed crayfish are under threat of extinction due to a combination of declining water quality and the invasive American signal crayfish. 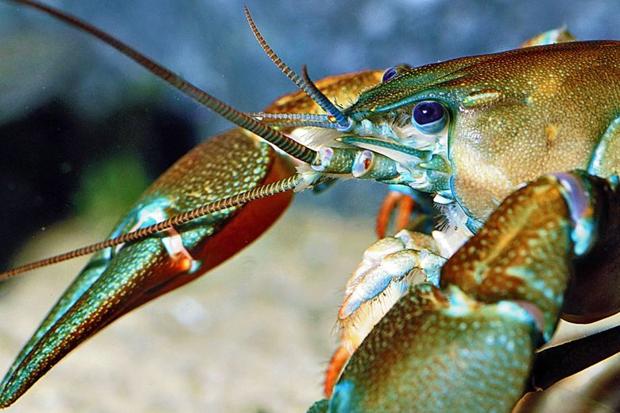 These projects in the Upper Culm generated a lot of interest in the river and its condition, so from late 2018 the AONB team was looking for ways to extend the project and generate a longer-term legacy.

At this time, a new funding stream became available, through the European Union’s Interreg programme, which is designed to encourage innovation and share learning across the EU. The specific programme in which we we were interested, part of the Two Seas programme, was focused on the impacts of climate change, specifically flood and drought, on communities in the UK, France, Belgium and the Netherlands. Colleagues in Somerset County Council (no stranger to extreme flood events!) were leading the project and we started building a partnership to explore the potential for the River Culm as a whole to take part.

As we reached out and discussed the themes of how climate change will impact on flood, drought, water quality, wildlife and the economy, we met with many organisations and people all along the Culm who were keen to get involved and work together with us to tackle these huge problems. These included the National Trust at Killerton, who were starting on a journey to make the estate more sustainable; Mid-Devon District Council, who were in the middle of consulting on the new Culm Garden Village and had an ambition to make it an exemplar green development; Highways England and Network Rail, who have major transport routes through the catchment that are affected by flooding, and numerous resident and community groups concerned about the issues and wanting to take action.

Enthused by this groundswell of support we developed a full application together with 10 other organisations from four different countries, to create what became known as “Co-Adapt“, which explores how communities can become more involved in shaping decisions about their river and make it more resilient in the long term. the application was approved by the EU in early 2019 and the project is now well underway.