Honey Bees have always been very close to my heart. I have a hive of semi wild bees in my garden. So I’ve decided that creating stories is a bit like creating honey; first is the glorious foraging – just flying out into the landscape to see what you can find, listening to the wind, following the direction of the sun – I love the foraging part! About a month ago I realised that I had a hive full of foraged stories. It was time to stop, to sit in the dark for a while and to allow the stories to begin the process of distilling. Did you know that in order for a bee to turn nectar into honey the nectar is passed by the bees from mouth to mouth. Each mouth adds some enzymes to the nectar so that it begins to transform. So with storytelling, each time the foraged material is told, each time it passes through a mouth it changes a little bit, even when it passes through the same mouth! So I begin the process of speaking the stories out. I record them, listen to them. Then close my eyes and speak them out again…and again…and so the stories begin to transform, to distil, to turn into something else.

I couldn’t resist one last bit of foraging. I took a trip up to Cadbury Castle in search of the dragon. He’s said to fly between here and Killerton leaving the River Culm in the valley directly below. I took my drum and called up some energy. He must have come because that night I dreamt of him and a story started to emerge. Another story that was very late to show herself was the story of St Columb. I knew that Columb meant dove. The story of the Irish saint didn’t initially draw me but doves and pigeons have been circling me all summer. Then I discovered the other one…the other St Columb. There is a Saint Columb from Cornwall who is a woman and has an intriguing and complex story. Her story has links with St Sidwell, typically known as an Exeter saint but I found a farm dedicated to her in Culmstock. There is also more than a hint of St Catherine – and I’d noticed the pub in Hemyock is called ‘The Catherine Wheel’. One last jewel that I unearthed in the later stages of foraging was ‘Joan the Wad’. She is known as ‘Queen of the Pixies’ and has been revered in both Cornwall and Devon.

After distilling the stories that I’d found from a large notebook full of notes to one large sheet of paper, to words spoken and spoken into my voice recorder and then spoken again, several precious stories edited out for the time being – and I had 3 x 35min storytelling pieces ready to tell at the Walronds on 25th September.  The day went well. The audiences were small but appreciative and the stories were finally birthed into Cullompton!  Comments included; “I absolutely loved it!’ And ‘A very restful experience’.

The next event is on 9th October, also at the Walronds, between 9.30 and 2pm. There will be lots of music and events – please come and listen to the stories – this work feels like an aspect of re-mything the landscape – an important part of repairing our relationship with the natural world. Not just for children – Please Come! 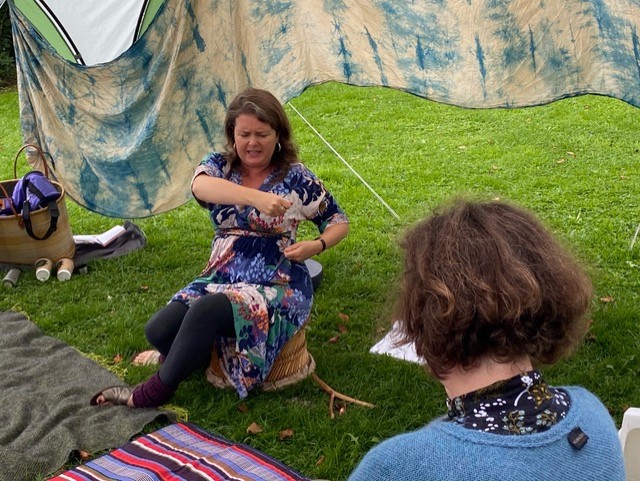 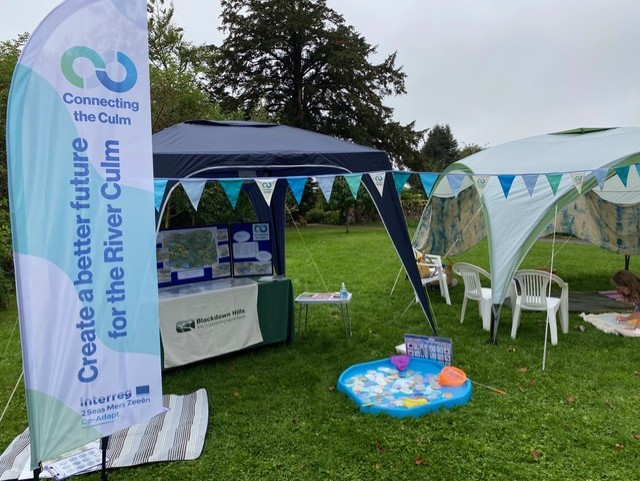